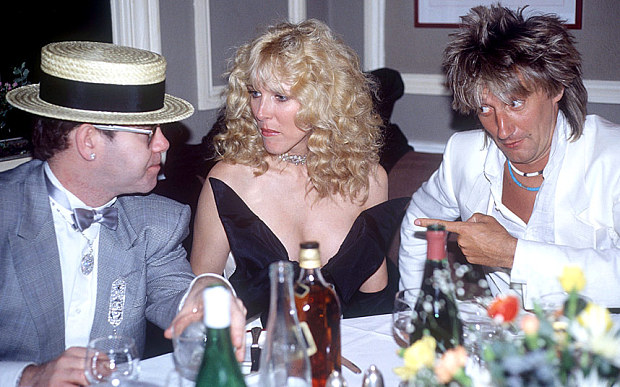 L and D received mixed signals from the Taco Bell Index as we headed out for the opening night of the Elton John biopic / musical, Rocketman.   It appeared that the power was completely out in the building, including the usually illuminated signage, yet the driveup line was at least 10 strong, backed up out into the street.   What could this possibly mean?

Judging by the sub-tepid crowd in a virtually empty theater, I take it to mean that Rocketman won’t be a hit.  If you like Elton John songs (and who doesn’t?), you will probably enjoy the music, but I was personally restless throughout as I waited for the movie to settle into its rhythm.  I don’t think it did.

L has already weighed in here and I think he’s right that you will probably find something to like — the sartorial splendor, the dance numbers, the set depictions, the concert scenes.  And I have seen some reviews that congratulate Mr. John, who was executive producer on the piece, for not portraying himself in the most flattering light. Sure.

But, I just can’t get past how boilerplate the plot was, and how the character development was basically non-existent.  Sex, drugs, and rock-and-roll just *had* to be more fun than this, or why bother at all?   Bohemian Rhapsody suffered the same Lifetime Movie Network storyline fate, but the film makers in that case seemed to realize that showing Queen in outlandish costumes bolstered with 15-minute long concert clips was a winning strategy. I think Rocketman followed suit with the suits, but came up short on most other fronts.  It’s a better movie, and yet the payoff isn’t as great.

Over the $6.30 bar (the state of Wisconsin added tax to movie tickets!), but you can probably wait to see this on your home screen.