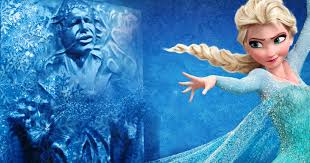 We were heading to the theater with reasonably modest expectations when were shocked to see at least a dozen cars in the drive-through line at the Taco Bell.  L&D readers probably know that we use the Taco Bell Index (TBI) to predict the quality of the movie we are about to see, and there was clearly a large number of people in east Appleton Jonesing for a chalupa prior to Solo.  What could this possibly mean?

Even with the high TBI, it was hard to get too excited for this one after the high of Deadpool 2 last week, and L&D entered a mostly full theater not knowing quite what to expect.

What we got was a very solid three-star type movie, with a reasonable story line, some good characters, a few deviations from the standard love-story fare, and special effects like you would not believe.    This “Star Wars story” is the origin story for Han Solo, of course, and so it touches base on how he springs Chewie (Chewie) from the clink, meets Lando (Donald Glover), and comes to own the Millennium Falcon. (Perhaps shockingly, they passed over the origin story for the iconic scar on the chin.)   Also included is Emelia Clarke as Han’s possible love interest and Woody Harrelson as his mentor of sorts.   Both are pretty convincing and are not given the wooden scripts we suffered through in some of the past episdodes.

This is a Star Wars movie, so we get Star Wars scenes: a couple of bar scenes with wacky characters and gambling, a pod-race type thing in the “great train robbery” scene, and undertones of various vanilla political statements, the standard recipe.   The story was pretty solid and the pacing done well enough to keep me awake (a higher bar than you’d probably think).   Also on the plus side, Woody is pretty good and Chewie is great.  And, I have to say that the movie did not wind down in the way I expected at all, which was great.  Indeed, at one point I spontaneously raised my arms in triumph in response to a plot twist that I didn’t see coming.  I was reminded of seeing Frozen because it sets up as formulaic, but then that isn’t quite where it goes.  So there are some very fresh aspects to the movie that I really liked.   Even the really objectionably stupid plot elements (e.g., the big monster with the gravity bong thing) were mostly used to set up the extraordinary special effects that set L’s head a spinning.

But, the big question is review land seems to be why did this movie need to be made?  Is it essential?   That seems rather pedantic given it’s Disney advancing its general Disney interests.  From our perspective, we got a pretty good story, some fun characters, spectacular special effects, and a giant bucket of popcorn.  And the crowd was pretty upbeat on the way out of the theater, even if the Taco Bell line was down to just one car by the time we passed on our way home.

One thought on “Solo”

Is it possible that we have another review up already? How do we do it?
%d bloggers like this: