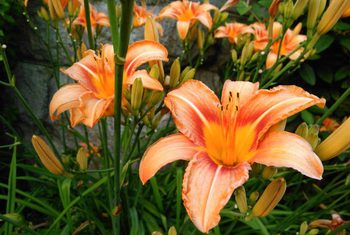 After battling off illness and a last-minute cancellation last week, L&D finally made it out to see The Mule at the fabulous Marcus $5 Tuesday special.  As we are both on pre-holiday diets, we bypassed our free popcorns and headed straight into a reasonably crowded late showing.

The verdict?  Well, to paraphrase Lloyd Benston, it’s no Gran Torino (HT: L). In the plus column we have some very good and probably memorable performances by Clint Eastwood and Bradley Cooper, the former in the title role and the latter the FBI agent out to get him.  After that, the movie just isn’t that compelling. If you’ve seen the trailers, you probably have a reasonably good idea how this all unfolds.  The third lead, Ignacio Serricchio as Julio, the handler, doesn’t get his own subplot and consequently doesn’t quite add up. Laurence Fishburne and Diane Wiest are each given one note to play and are uninteresting.  That said, we did like Andy Garcia as the affable cartel head, much better than those meanie thugs that want to replace him, that’s for sure.

That’s not to say that there isn’t a lot to like.   In addition to the solid lead characters, the production is pretty crisp and the movie has more than its fair share of tension.  Unfortunately, the back stories and supporting casts — Eastwood’s family, Cooper’s family, the Cartel drama — don’t add up to a story that will stay with us.  Indeed, the movie is based on a newspaper article, which isn’t terribly surprising given the strong central story line and the less fleshed out supporting material.  My guess it’s staying power will be about as great in your memory — you’ll remember the headline and a few details, but more as an anecdote than as a thesis.

So, solid fare, over the $5 bar, nice enough, but it’s no Gran Torino.