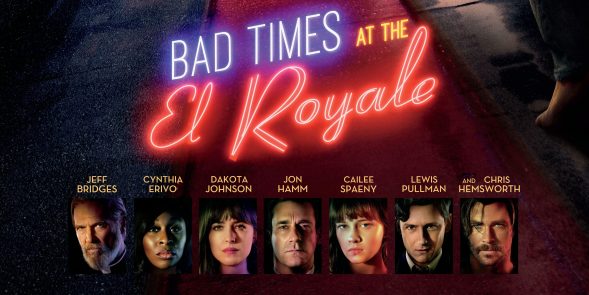 You know you love the movies when you are able to watch the first few innings of your favorite baseball team in the MLB playoffs and figure well that’s that it’s movie night and I’ll find out who wins when I get out of the movies. Then, when the movie lets out you discover it’s the 11th inning and that the big and I mean enormous screen in the lobby of the movie theater is still paying the game. I was rooting for the Dodgers and everyone else was a Brewers fan, including one sweet old lady next to me who by the 12th inning, around 1:AM, was like, “Someone get a run I gotta go home and get some sleep.” All to say that it’s fun to have some extra community at the movies. One of the best things about baseball is going to the game and just being with people. I like to keep score at baseball games and there is always an oddball like me in every section to commiserate and compare notes with. I suppose you could say that I also like to keep score at the movies i.e., this blog. And as to the oddball I commiserate with, well…have you ever met D?

Now how about Bad Times at the El Royale? We here at L & D are well known to rock our theater entrance perfectly after the trailers…since we can’t stand trailers. For this film in particular we were off and sadly saw various versions of trailers over the past several months. It certainly affected my experience. Are trailers before a movie passé, now that you can watch a trailer on demand on your smartphone?

One thing that watching Bad Times at the El Royale sprung at us almost immediately were the similarities to an L & D all time favorite, Francis Ford Coppola’s undisputed masterpiece, The Conversation. If you have never seen The Conversation, please stop reading here. I will make a makeshift digital bookmark for you so that you know where to come back to once you have seen it. Okay here is the bookmark IIIIIIIIIIIIIIIIIIIIIIIIIIII ….So how was it? Pretty awesome, right? Now you see what the big stink is about Gene Hackman, right? So the first thing we noticed was the floorboards get torn up, just like the last scene in The Conversation. Then, a suitcase is opened with all the accouterments necessary for wiretapping, and many bugs are discovered in the room.  That’s two. Three, the suit which another character wears is a see-through rain jacket, exactly like the kind Hackman wears. Four, a confession to a priest occurs. There are more than likely other Conversation inspired aspects we didn’t pick up on in this viewing. When we checked with our confidential informant at the front desk, they did mention to us that the film had many Pulp Fiction like aspects. This must be a reference to the non-linear story. But the Tarantino film it reminded me more of was The Hateful Eight, with most of the action taking place in a remote mountain lodge. Of course, no suspense film would be without its Hitchcock references. Here most plainly to the Bates Motel in a rain storm in Psycho and to Rear Window with the voyeurism involved and even in the composition and literal framing of the inner workings of the El Royale.

The film can boast many positives, the acting is fantastic. Jeff Bridges is at his best. Cynthia Erivo drops a powerful, moving and at times jump out of your seat thrilling performance. The set design deserves an Oscar nomination and on down the line. The film is incredibly well-crafted and easy on the eyes. As I mentioned, the non-linear, at times repeating narrative certainly worked for me. As D openly rooted for the film at the start, the totally perfect set up needed to be continued. But after the untimely death of one of the main characters and then the addition of a not so believable character, the film flounders. Several people are killed in this film in a sort of so what type of way. But a lot of this blasé emotion is rescued by some biting dialogue and fierce acting.

Overall, I enjoyed Bad Times at the El Royale and though it may not reach the heights of the other films I referenced in this review, not many films do. At the same time it’s at least as good in terms of acting as The Hateful Eight so I would recommend it on that alone. Huzzah to Writer/Director Drew Goddard and DP Seamus McGarvey who also happened to shoot another favorite of mine, High Fidelity, which takes place in Chicago. D is Cubs fan.