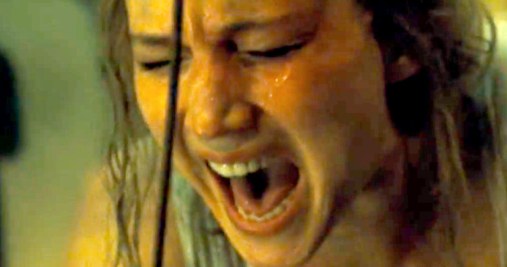 It’s hard to believe we’re two years in on the L&D project, but here we are.  As was the case for 2016, this is our joint assessment of the top films of 2017, contingent on each of us having viewed the films.  If you don’t see it here, either we didn’t see it, or we didn’t love it.

Mother!:  “If if cannibalism, cult ritual, random symbolic blood, fever dream lapidary and just open wounds in general and extreme close-ups in particular do it for you, then this just may be the film you have been waiting for.” (L)   But back here in the reality-based community, we rated this a travesty, and L’s review thoroughly panning it was far-and-away the most popular review of the year.

Murder on the Orient Express:  This one made L’s top five for its brilliant cinematography and Kenneth Branagh’s ostentatious mustache guard.   D also thought it was beautiful to see, but that it would have been just as good with the sound off.

Spider Man: Homecoming: A big D favorite for its brilliant melding of the chase-the-bad-guys-and-blow-stuff up action movie with the poignant teen adolescent drama — he found himself identifying with the authority figures and sympathizing with the kids.  L couldn’t bring himself to place three superhero movies in his top 10, and is waiting for the new Deadpool to fall in love with the genre all over again.

#5 (TIE) Wonder Woman: “Wonder Woman is a good movie. Not a great one. We have seen all of this before. Especially the massive ending with the big explosions etc. etc. Regardless, it is enjoyable as hell and it is a movie to root for with its fantastic lead, Gal Gadot and the kick ass Director, Patty Jenkins.” (L)

#5 (TIE) Lady Bird:  Lady Bird characterizes the life of a gifted middle-class high school girl with a reasonably stable but financially strained home life.  The beauty of the film is that the real drama is understated, while Lady Bird’s own existential issues boil over on the surface.   The more I think about this movie, the more I like it. (D)  As our guest reviewer Joanna Dane puts it, “In the end, we feel the most empathy for the character who is the most difficult to empathize with.”  Indeed.

#4 The Big Sick: “I went into The Big Sick with higher than usual expectations and it did not disappoint. That is saying something. It’s not preachy but it is intelligent and gets its points about relationships and culture across in a humorous and meaningful way.  It is possibly this generation’s When Harry Met Sally, even boasting a scene at the batting cages.  The film never sinks to schmaltz, the actors bring it —  the emotion and intensity — and the writing remains honest and moving.  Its long and eclectic soundtrack has everything from Boz Scaggs to Veilumuth Chitralekha.  And Ray Romano and Holly Hunter are excellent in supporting roles.” (L)

#3 Thor: Ragnarok:  “To its great credit Marvel Studios has enough self-awareness, self-deprecation, humor and zaniness going on for everyone in the audience to let their hair down and have fun. Even though the theme of the film is a heroic one, stating essentially that it’s important to not hide but rather face your problems head on, it doesn’t hurt when part of your problem is a giant digital hieroglyph of psychedelic Gradmaster, Jeff Goldblum. Certainly on the short list of best superhero movies ever.”  (L)

#2 Blade Runner: “The movie had a lot of cool stuff going on, the visual awesomeness being the most obvious — the 3D reel is beautiful and pretty seamless — along with some interesting characters and some reasonable action when they got around to showing it.  The movie forwards the thesis that the apocalypse will take the form of technology and robots and artificial intelligence insinuating themselves in such a way that pushes the human race towards irrelevance and, ultimately, obsolescence. It’s only a matter of time before the robots take over;  we will just have to wait to see whether it’s the good or the bad ones in charge when all that orange dust finally settles.” (D)  See also (L)

#1 Dunkirk  A unanimous #1 here for its flawless effects, brilliant combat scenes, including the aerial dogfights, and seamless and engaging acting. Its ultimate victory is that it’s claustrophobic. For an IMAX formatted movie to be at once epic in its scope and claustrophobic in its atmosphere is a testament to the greatness of everyone who worked on this picture and the vision of Christopher Nolan.  We are both sorry we didn’t see this a few more times on the big screen, or even drive to an IMAX or 70mm locale.

And that is a wrap for 2017.    We love writing and talking about this stuff.   Thanks for reading along.