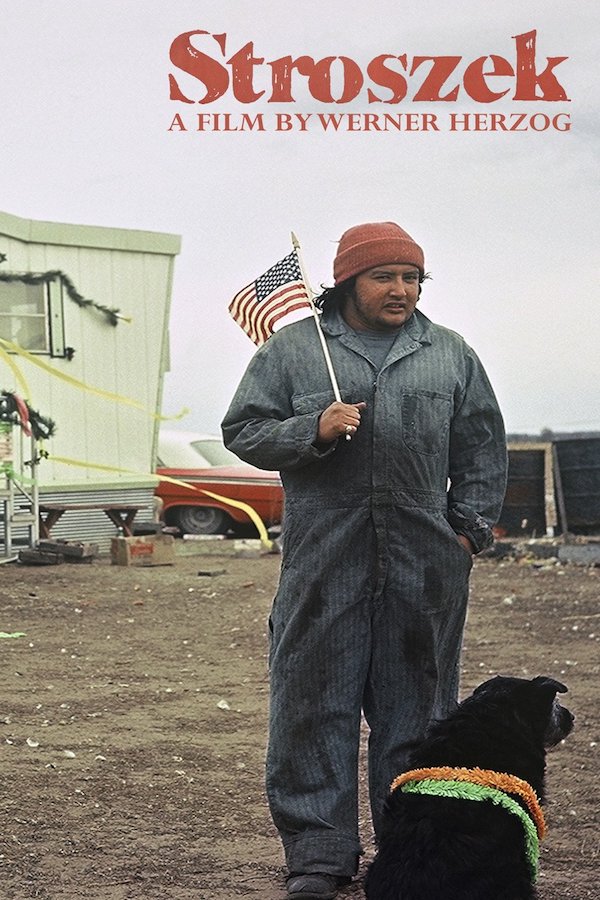 Last night was the 2nd installment of the Werner Herzog Film Series at The 602 Club in Appleton. The event was in reasonable doubt earlier in the week as an unscrupulous individual was hanging on to the Appleton Public Library’s copy of Strosczek way past its due date. But luckily for the L and D, the D was able to get a hold of the title at the Lawrence University Library. He even showed up and gave tips on cooking brats as the L was making pork brats and chorizo. Cheese curds were also served. The menu also included chips, dip, New Glarus and Beaujolais.

A slight technical snafu at the start of the film, namely the Director’s commentary would not turn off, was figured out by one of the guests, who suggested hitting the audio button during playback, which worked! Once that bullet was dodged and as the final stragglers scuttled in we were all able to sit back and enjoy Strosczek. It had been decades since I last saw this film and like our offering last month, Burden of Dreams, this film from 1975 has stood the test of time. It tells the tale of Berliners: Bruno, Eva and their eccentric upstairs neighbor, Scheitz. Scheitz has a nephew in Wisconsin who writes to invite his Uncle to move. Trying times at home and looking to get rich quick in the promised land has the trio flying to NYC, buying a station wagon for $450 and moving onward to Wisco. It’s a touching story, at times extremely humorous, at times heartbreaking, at times absurdist but always compelling and beautiful. Definitely worth watching if you are in the market for a solid foreign film, that also takes place in the United States. …Next month we will follow up this narrative with the documentary “Little Deiter Needs to Fly”.  About a boy who grows up in post-war Germany and eventually becomes a pilot for the U.S. Navy during the Vietnam War. He is shot down over Laos and becomes a POW.